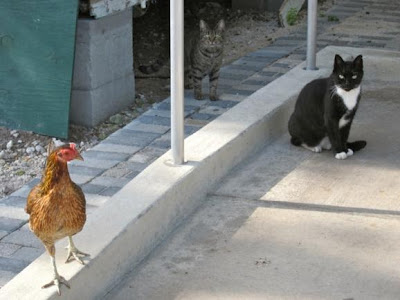 Today I will be in Key West, which has a lot of feral cats and chickens.

Between 50 and 60 cats, many polydactyl with six toes, live in and around, or near the Ernest Hemingway Home and Museum (he lived there from 1928-1940), but there are a lot of stray cats all over Key West. Many of them are spayed or neutered, but the numbers never seem go down (have they ever with a TNR colony?). Again, one has to wonder why keeping and feeding feral cats is not a violation of the Migratory Bird Treaty Act, while hunting with a domestic wild-caught Red tail hawk is. Some things make no sense!

Key West also has a pretty thriving feral chicken colony made up of birds that are crosses between old Cuban game cocks (related in the 70s when cockfighting was banned in Florida) and backyard hens. There are 2,000 to 3,000 feral chickens in Key West, and they are protected by local law

Along with Hemingway and Tennessee Williams, the Haitian-born John James Audubon also visited Key West (in 1832) to paint and study birds though he never lived there and is buried on another island... Manhattan.
. 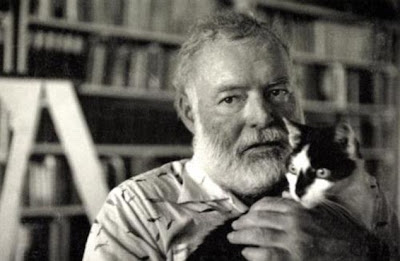 Posted by Tanya Alvarez at 7:24 AM