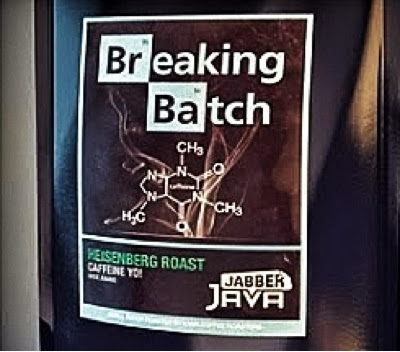 Drug and Bomb Dogs May Not Be Very Reliable
In 2010, a team of researchers at the University of California, Davis set out to test the reliability of drug- and bomb-sniffing dogs by giving 18 police dogs and their handlers a routine task: go through a room and sniff out drugs and explosives there.  In fact, however, the room was clean.  None the less, of 144 runs through the room, the dogs alerted 123 times, for a failure rate of 85 percent.

Sherlock Holmes Is Now in the Public Domain
A federal judge has issued a declarative judgment stating that Sherlock Holmes, John Watson, 221B Baker Street, Professor Moriarty and all the other elements included in the 50 original Holmes works  written by Arthur Conan Doyle and published before Jan. 1, 1923, are no longer covered by United States copyright law and can be freely used without paying any licensing fee to the reaching, grasping, and greedy Conan Doyle estate.

New York's New Mayor to Ban Central Park Horse Carriages
The American humane movement started with Henry Bergh trying to help horses in Manhattan, and now, more than 100 years later, horse carriages may finally be banned from downtown.
Dolphins on Dope
It seems that some teenage dolphins like to get high by chewing on pufferfish and consuming a short dose of nerve toxin.  Don't Bogart that puffer fish!  Previously, we have noted that in Australia, some dogs seem to have gotten addicted to cane toad toxins.

Humpback Whales No Longer Endangered?
With a current population estimated at 18,000-20,000, Humpback Whales may be removed from the Endangered Species List in 2014. No, that does not mean they will now be legal to hunt, so don't start sharpening your harpoon or flipping through the old family blubber recipes.
Not "Darwin's Finches"
A team of computer scientists using a new data-mining technique, called Reference Publication Year Spectroscopy (RPYS), has concluded that "Darwin’s Finches" weren’t his. In fact, "Darwin's finches" are not mentioned in The Origin of Species at all and Darwin did not know which island the birds in his collection came from.  In the end, “Charles Darwin, the originator of evolutionary theory, was given credit for finches he did not see and for observations and insights about the finches he never made.”  The story of Darwin's finches is mostly credited to their popularization by ornithologist David Lack in his book Darwin's Finches, published in 1947.
Your iPhone Can Read and Translate Text from a Picture
For $5 a language, you can download the Word Lens application (Android and iOS) and use it to translate any text the camera sees, from street signs to menus.  Another cool ap is Google Goggles which is free and allows you to copy text from an image and paste it anywhere.
Is That a Fish or a Lizard?
The Pacific leaping blenny (Alticus arnoldorum), found on Guam, is a fish that spends its entire life on land.
No Need for Hot Water
Cold water and regular bar soap kills germs just as well as hot water and anti-bacterial soap.
Posted by Tanya Alvarez at 5:27 AM