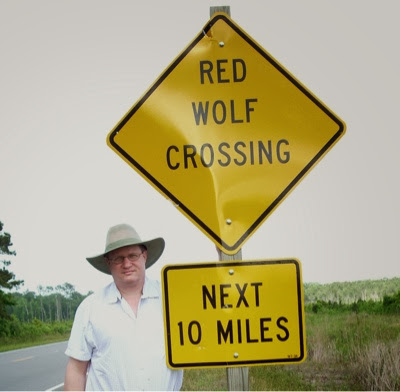 The U.S. Fish and Wildlife Service and the North Carolina Wildlife Resources Commission says a radio-collared Red Wolf was found dead from a gunshot wound on January 7 in Tyrrell County, southwest of Columbia, N.C. This is the first Red Wolf death of 2014.

Fourteen wild Red Wolves were known to have died in 2013, including three that were hit and killed by vehicles. Of those killed, one death was the result of non-management related actions, and nine confirmed or suspected gunshot deaths. A reward of up to $26,000 is being offered for information on the shooting of any Red Wolf.  Red Wolves are protected under the  Endangered Species Act and the shooting of one carries with it criminal prosecution and up to one year in prison and a $100,000 fine per shooting.

Red Wolves are a stable hybrid of a Coyote and a Grey Wolf, with about 80 percent of the gene pool Coyote, and 20 percent Grey Wolf.

The Eastern Coyote is also a hybrid between a Coyote and a Grey Wolf, but with perhaps 95 percent of the gene pool Coyote and about 5% or less Grey Wolf.

The Eastern Wolf is distinct from the Red Wolf, and is about 50 percent Grey Wolf and 50 percent Coyote.

All three animals may have a small shot of domestic dog genes coursing through their veins, but those genes are a very minor factor. 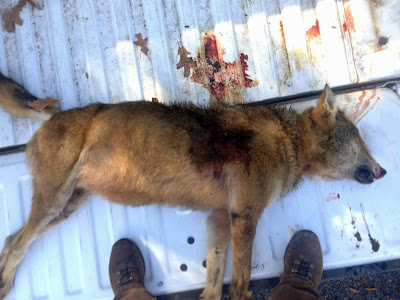 Posted by Tanya Alvarez at 2:55 AM