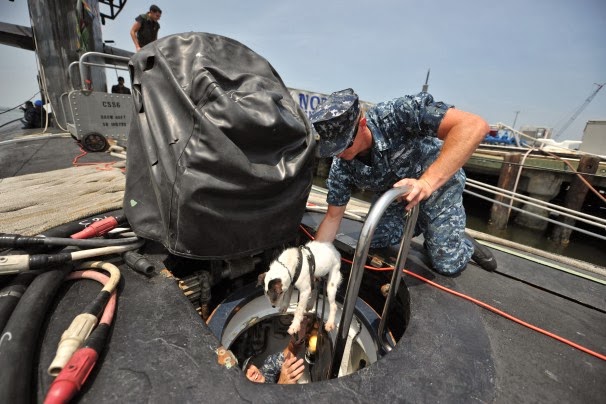 Lars J274 is a Jack Russell terrier who reportedly got shuffled into the wrong lane at dog school.

He was originally supposed to be drug sniffing dog small enough to go into the back of the big rigs along the U.S.-Mexico border.  Instead, he ended up being a bomb-sniffing dog on active duty inspecting U.S. submarines and war ships. 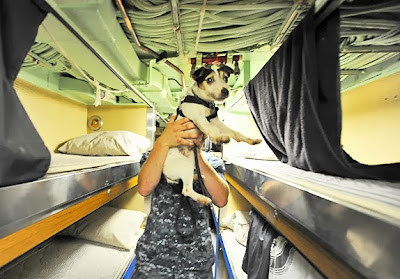 Here we see Lars with his handler, Navy Master at Arms 3rd Class Cameron Frost, checking out the upper bunks on the USS Norfolk, a Los Angeles-class attack submarine built in Newport News, Virginia.
From: Terrierman's Daily Dose To order the book. web site.
Posted by Tanya Alvarez at 7:00 AM