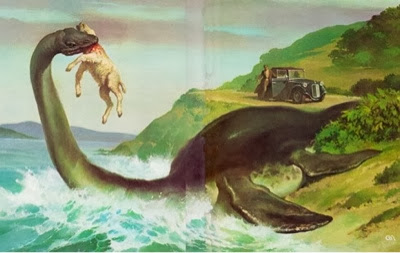 One of the more interesting bits of almost-nonsense in the world of working terriers is the notion that red fox kill a lot of sheep.
Can a fox which weighs 15 pounds, on average, kill a sheep that weighs 120 pounds or more?  No.
Can it kill a lamb?  Not easily, especially as ewes tend to be quite protective.  I have been knocked on my ass by a sheep or two, and I can tell you that sheep are tougher than they look.
So what are we seeing when we see red fox with sheep parts?  Mostly, we are seeing fox with bit of already-dead scavenged lamb.  A fox eating an already dead lamb is doing no harm, no matter the emotional shock of seeing a dead lamb and the urge to blame the nearby fox for the situation.
What most folks miss is that sheep mortality is always jaw-dropping, in part due to the fact that lambs tend to be born wet, at the cusp of marginal weather, and lambs have coats with poor insulation value. Add in the fact that most sheep pastures offer no protection from wind or rain, that feed is often poor due to over-grazing, and that many breeds of sheep are genetically selected to have twins and triplets, and you have a great deal of sadness occurring on the hill, even when no predators at all exist, as has been demonstrated on coastal islands without predators.
As I noted back in 2008, in a post entitled Fox From a Shepherd's Point of View, fox have almost no impact on sheep and goat populations, while feral and loose dogs of all kind are major stock destroyers (as are coyote, wolf, and bears in certain parts of the U.S.)
Back in 2005, citing the research of fox biologist David MacDonald, I noted that foxes do almost no damage to sheep populations.

After spending countless hours observing fox in sheep country, often at night and through infra-red goggles, MacDonald concludes that fox are not very fond of mutton and that they do very little predation on live lambs. Given almost any kind of alternative food source -- rabbits, bird seed, worms, baby birds, fruit or roadkill -- a fox will give sheep a pass. When fox do eat sheep, they tend to focus on already-dead detritus -- sheep testicles that drop off into the field after castrating bands are applied (MacDonald notes that he often finds fox feces containing these same undigested rubber bands), after birth, and even sheep dung from young lambs -- the latter loaded with still-undigested milk products. MacDonald does not deny that fox may kill a few very young (and perhaps already fatally weak) sheep, but such attacks are so rare they have never been filmed and are statistically negligible. MacDonald notes that in the fell and upland regions, where fear of fox predation is highest, sheep mortality is often 25% with many lambs born starving due to over-grazing abetted by a government policy that subsidizes overly-dense sheep production. With ewes in poor feed, and lambs borne wet on cold and windy slopes without shelter, lamb mortality is very high without any fox participation at all. The fact that fox, on occasion, scavenge the already-dead does little harm to the living.

In a world where less than 1% of sheep are killed by fox, and 15-25% of all lambs in some areas are dying from exposure to weather, perhaps the solution is not to shoot more fox to preserve sheep, but to construct more turn out pens, sheds and hedges where lambs can tuck in to get out of the weather?

The terrier and hound hunting world does not make this point, because to do so would be to admit that fox are not really the fierce lamb killers that they are made out to be.

The animal rights world does not make this point because to do so would be to admit that ending fox hunting is actually a pretty small cause compared to ending sheep mortality from bad weather.

Vegans can organize protests and send cash-generating direct mail to oppose fox hunting but it's not nearly as lucrative or as fun to start a Kickstarter program to build 100,000 turn out sheds on private property. 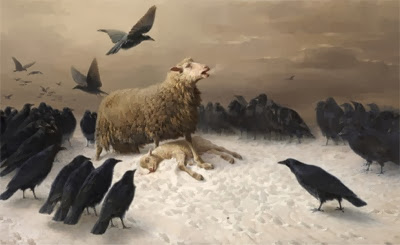 Posted by Tanya Alvarez at 3:27 AM