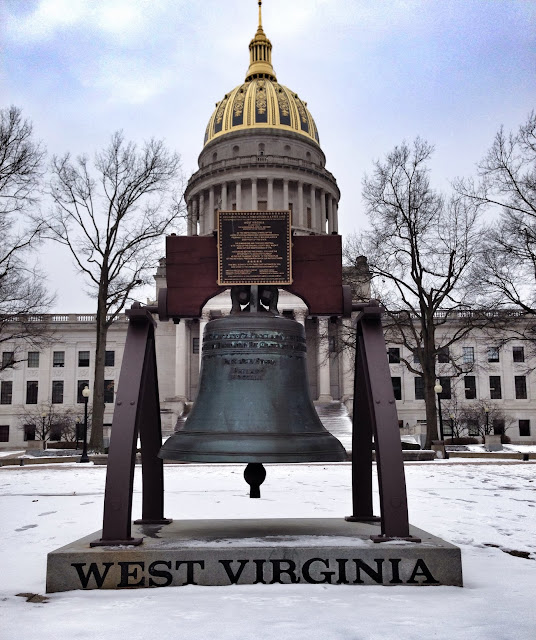 A quick photo from Charleston, West Virginia, where I was yesterday.

The local headline, below, is a reminder that law and regulation are why you can drink your local water and eat your local food without fear of poisoning.

Most companies are doing good honest work, but what do we do with those that don't?
Gresham's law says "Bad money drives out good," but the same is true for conduct.
If a company can sell a 15-year roofing shingle as a 30-year shingle, competitors are forced to decide whether they will follow suit or go out of business as their competitors rob them of contracts based on knowingly dishonest bids.
And what about companies that engage in reckless disregard of consumer safety by failing to inspect their storage tanks, or which dump effluent into public waterways?  Is it all to be given the Big Wink?
Laws to protect the people from liars, cheats and thieves are supposed to be promulgated by both federal and state governments.  The 10,000 gallons of toxin that leaked into the Elk River last week is a reminder there are still big gaps in law and regulation, and even bigger gaps in enforcement.  Will West Virginia move to bridge those gaps?  Time -- and the state legislature -- will tell.
.
Posted by Tanya Alvarez at 2:20 PM