If you needed any evidence that "they don't build things like they used to, check out the London Sewage plant that was built in 1865.

Located in the Thames estuary, and no longer used, the sewage pumping station was built between 1865 and 1868, and was designed by architect Charles Henry Driver and engineer Joseph Bazalgette.

The building has a cruciform layout and Byzantine architecture, and got a starring role in Batman Begins (2003) as the Arkham Asylum Laboratory. 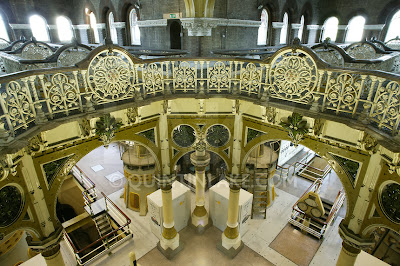 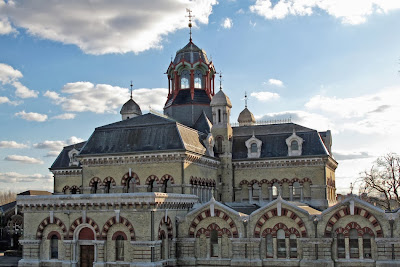 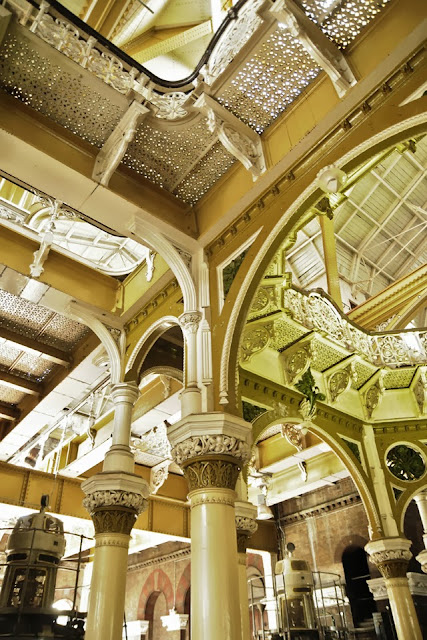 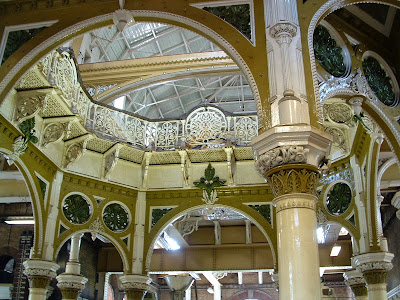 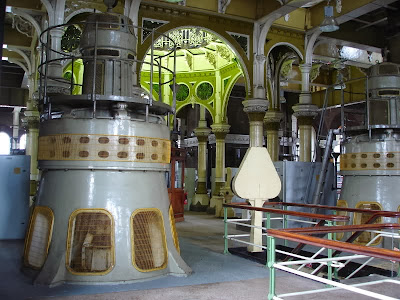 What, you may wonder, does an old sewage treatment plant have to do with dogs?  Not much. Well, perhaps a little.
You see, back in 1797, the Reverend Thomas Malthus was a cheerleader for the Grim Reaper. His purpose?  To end taxation of the rich to help the poor, and to cheer on the Enclosure Movement which was pushing rural people off the land so the land could be used by the wealthy who were hell-bent on expanding their sheep concerns. Malthus wrote:

Instead of recommending cleanliness to the poor, we should encourage contrary habits. In our towns we should make the streets narrower, crowd more people into the houses, and court the return of the plague. In the country we should build our villages near stagnant pools, and particularly encourage settlements in all marshy and unwholesome situations. But above all, we should reprobate specific remedies for ravaging diseases: and those benevolent, but much mistaken men, who have thought they were doing a service to mankind by projecting schemes for the total extirpation of particular disorders. If by these and similar means the annual mortality were increased ... we might probably every one of us marry at the age of puberty and yet few be absolutely starved.

Yes, that's right:  Malthus was a cheerleader for active germ-warfare against the poor.
Contrary to popular myth, Malthus opposed contraception (he was a Reverend, after all).  He was, above all, opposed to taxes.
The good news is that the world did not salute Malthus. Instead it embraced family planning, progressive taxation, and compulsory education.

Before that happened, however, poor people were pushed off the land into Dickensian squalor. With people cleared off the land, the mounted Fox Hunts become more common, though fox remained scarce throughout the 19th Century due to the widespread use of poison and traps.

As the sheep industry collapsed in the third quarter of the 19th Century due to wool and cotton imports from Australia and the U.S., the number of shooting estates began to expand, fueled by better shotguns and ready railroad access.

Meanwhile, the sewage lines and pumping stations built in London around 1865 (450 miles of main sewers, 13,000 miles of local sewers) helped reduce outbreaks of cholera.  That was the good news .  The bad news was that the untreated effluence was simply moved south of the city where it continued to poison the river -- and the people -- downstream.
In 1887, the first London sewage treatment plant was created. It separated solids from liquids and treated the liquid effluent with chlorine before it was discharged into the river. Sludge was moved by barge and dumped at sea.  This was how the London sewage system worked for the next 100 years.

In the 1990s, London had to upgrade its sewage system again in order to comply with European Union legislation forbidding the dumping of waste at sea.
Today, half of London's waste is incinerated at Crossness and Beckton, and the electricity generated from that incineration is used to power the sewage treatment plants.
About half of London's sewage sludge is now sold in pellet form as a fertilizer for agriculture -- a win-win all the way around.

Posted by Tanya Alvarez at 4:27 AM